ArticlesOpinions and insights on user experience design and technology.
WebinarsA forum where experts weigh in on trends in the digital domain.
AdobeWe purposefully connect your brand with people.
BackbaseWe create experience-driven banking that differentiates your brand.
ForgeWe create considered customer experiences that give your brand the edge.
WavetecWe help you deliver great customer experiences.
previous article
Previous article Technology & Software Why You Should Use a Serverless Microservices Architecture
next article
next article Company News Designing the Polar Experience

As a digital product design and development studio, our time is typically spent building digital products for our clients. In this case, Polar was different because it presented an opportunity to build our own product, on our own terms, for the very first time. We are constantly innovating, learning new skills, and trying new things. On December 2018, we honed all of our experiences and took advantage of our opportunity to build something for ourselves and deployed our first mobile app for aequilibrium.

We saw an opportunity to innovate, experiment, and learn new skills that could be brought to future aequilibrium projects.

Polar is an AR experience that allows users from around the world to collaborate on making digital paper snowflakes. The free app takes users on a serene journey utilizing augmented reality to create or catch snowflakes. Users can add unique cuts to each snowflake and then share their masterpieces with the world. The app also uses geolocation services to track where each snowflake has been, connecting users together from city to city.

The initial idea was inspired by the team’s childhood memories of folding and cutting paper to make paper snowflake designs. We sought to create something that celebrated the spirit and magic of the holiday season that would also be timeless and enjoyed by all ages. We saw it as an opportunity to innovate, experiment, and learn new skills that could be brought to future aequilibrium projects. Scouring the App Store to ensure that our project was one-of-a-kind, we began brainstorming concepts for our new winter project.

The core team consisted of four members: Steven Thompson, Emily Chong, Laura Meakings, and myself, Emily Louie. After many meetings discussing what we could make utilizing the latest technology and creating something that was easy to use and ultimately inclusive, we landed on the idea of digital snowflakes. After the idea was conceived, we met weekly to share updates and to make real paper snowflakes with paper and scissors (for ongoing research and validation, of course). 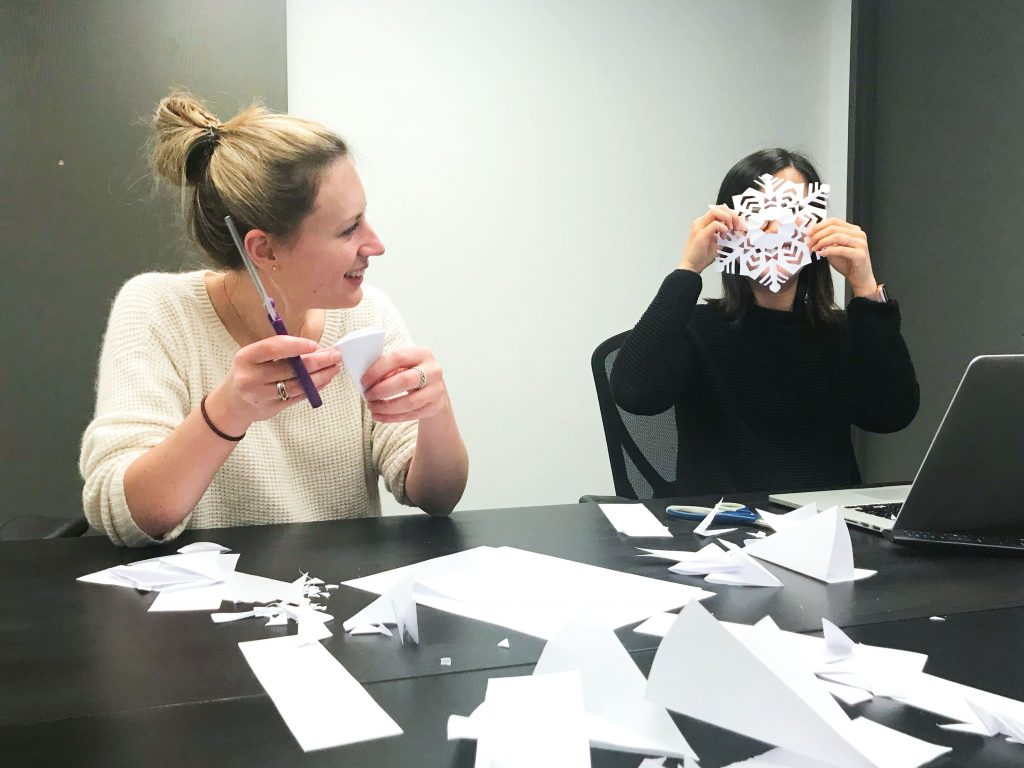 The app is built specifically around an AR experience using modern iOS technologies including ARKit, SceneKit, SpriteKit, and CloudKit to simulate falling snowflakes, cut designs, and share snowflake data. It’s quite a simple experience on the frontend, but quite complex, as any product development is, on the backend. Stay tuned for Steven’s in-depth article on the building of Polar, coming soon.

Building on iOS was a no-brainer. “We could’ve built the app on Android, or web, but I’m just a fan of iOS,” said Steven Thompson, iOS Developer, Polar Development Team Lead, and sole developer on the Polar iOS project. Perhaps as the project grows, Polar will become less exclusive to iOS and Apple developer systems.

The most rewarding parts of the project were being able to hold agency over our concept, work as our own stakeholder, and truly see the fruition of our ideas come to life.

Design, of course, played a big role in the production of the app. Read Emily Chong’s in-depth article on the design of Polar. UI/UX Designer Emily Chong spearheaded the journey mapping, modern indigo branding, and overall interface design. She worked closely with Steven to confirm the functionalities and limitations of our ideas while ensuring our story was consistently being told. We also had a dedicated UX Writer (myself) who worked together with Emily and Steven to create the seamless user experience for the app. 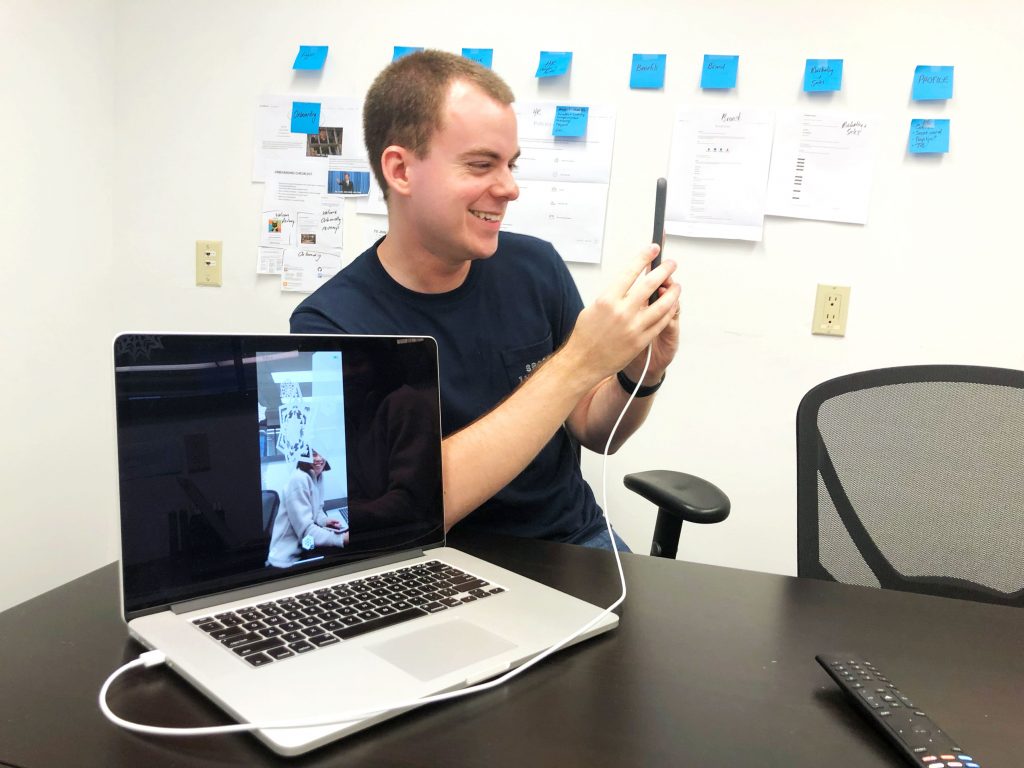 Upon deployment, the marketing team played a crucial role in launching the app. Playing a duo role, myself and Laura Meakings assisted with various stages of usability testing. We also planned and executed a timely internal and external launch strategy for the app, built a real-time download tracker to monitor progress, and to this day, continue to propel the Polar brand through various marketing initiatives.

Perhaps the most rewarding parts of the project were being able to hold agency over our concept, work as our own stakeholder, and truly see the fruition of our ideas come to life. It was an incredibly collaborative and creative team project that not only produced a rewarding product but new skills in tech and friendships, too. As an Agile agency, we are always learning and always iterating, so don’t be surprised if you see the next version of Polar (Android?) on the market soon.

This is a three-part series behind the scenes of Polar.